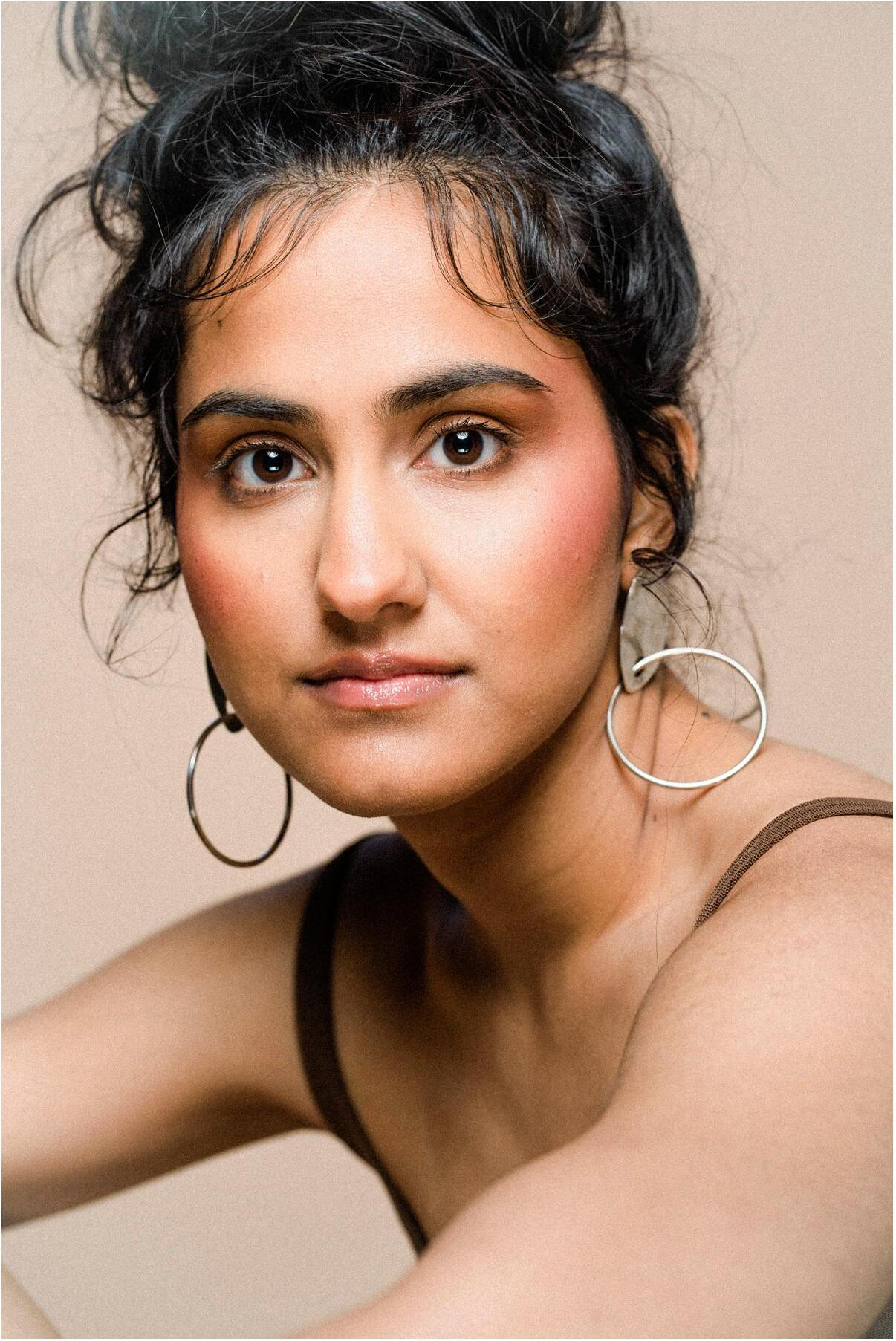 Amrit Kaur is an artistic hyphenate: an actress, director, and writer best known for her role as Bela Malhotra on the 2021 HBO Max series, The Sex Lives of College Girls. Amrit Kaur grew up in a Sikh family in Markham, Ontario. Her parents emigrated from India to Canada before she was born. Kaur began acting as an extracurricular in high school, serving as the senior captain of her school's improv team. She earned her BFA in theater from the School of the Arts, Media, Performance & Design at York University in Toronto. Kaur continues to train as an actor at the Lonsdale Smith Acting Studios and is an active company member of the school’s production company, Gracemoon Arts Company. Kaur was cast as freshman Bela Malhotra on Mindy Kaling's television series, The Sex Lives of College Girls, which premiered on HBO Max in November 2021 and was renewed for a second season the following month. She has acted in various American and Canadian television shows, including Star Trek: Short Treks, American Gothic, Kim's Convenience, Hudson & Rex, Nurses, and The D Cut. Kaur also played Pasha in the 2017 Canadian film Brown Girl Begins and had appeared as Jessie in the 2018 romantic-comedy film Little Italy.