The First But Not The Last: Women in Politics 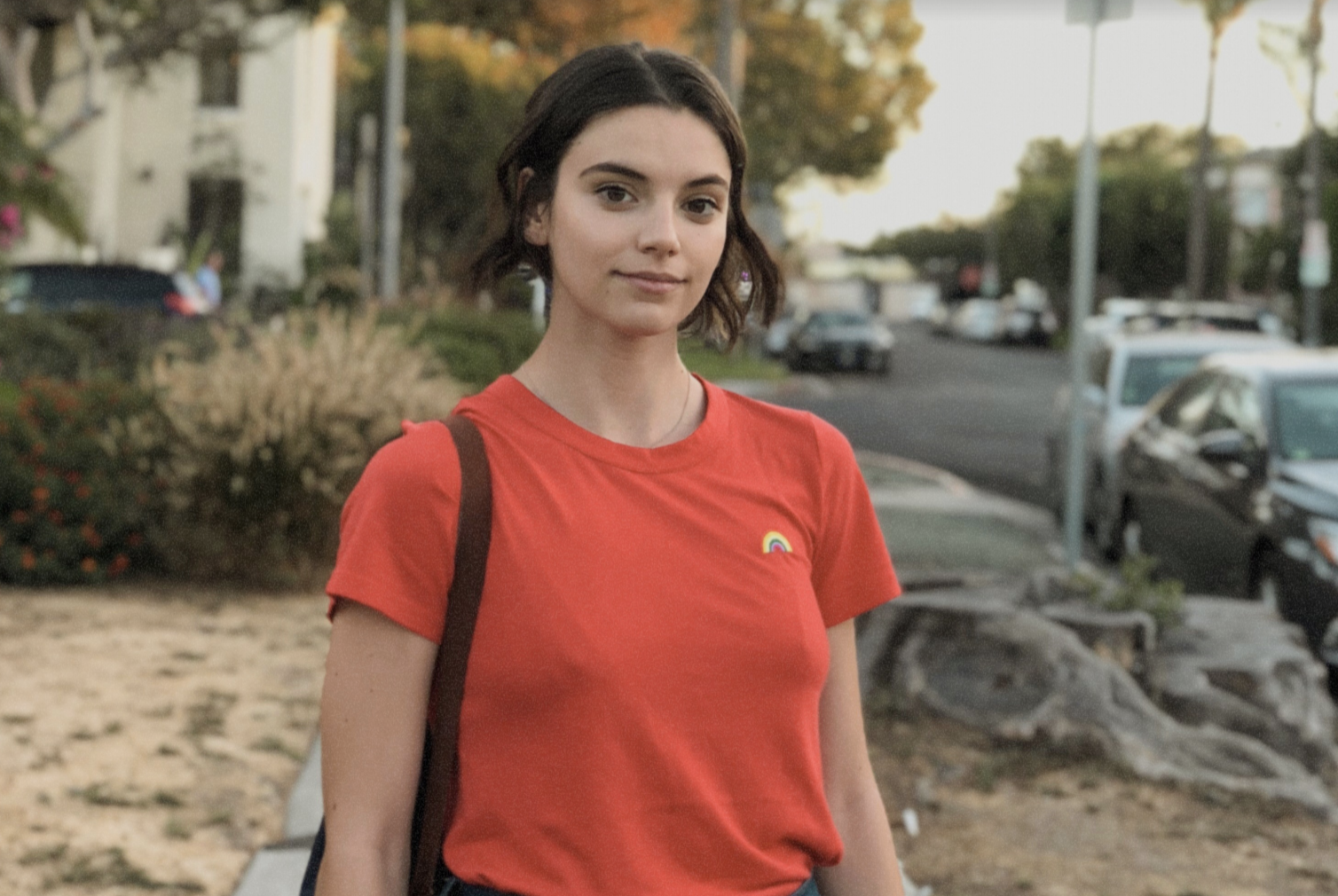 Born and raised in Los Angeles, California, actress Francesca Reale (she/her) has quicky risen through the ranks to become a star-to-watch on the small screen. Best known for her work as lifeguard Heather Holloway in the Netflix series Stranger Things and as Miranda’s sister, Emily, in the series Haters Back Off!, Francesca appears in a variety of comedic and dramatic content found on televisions and streaming services everywhere.

Along with her screen-work, Francesca frequently participates in social activism, both in-person and in the digital space. Focusing on empowering individuals of all identities and being one’s best self, Francesca has participated in a variety of causes ranging from eradicating homelessness to sexual and reproductive health rights. Previously, Francesca has moderated a panel at Hello Future LA, which aims to increase  educational equity and ultimately close the opportunity gap for the South Los Angeles community and beyond, as well as attended the 10th annual Thirst Gala to work on finding solutions for providing clean drinking water to the world and eliminate clean water waste.

Francesca is honored to be moderating at the USC 2021 OWN IT Summit to help empower other young women, both on the set and in the social justice space. 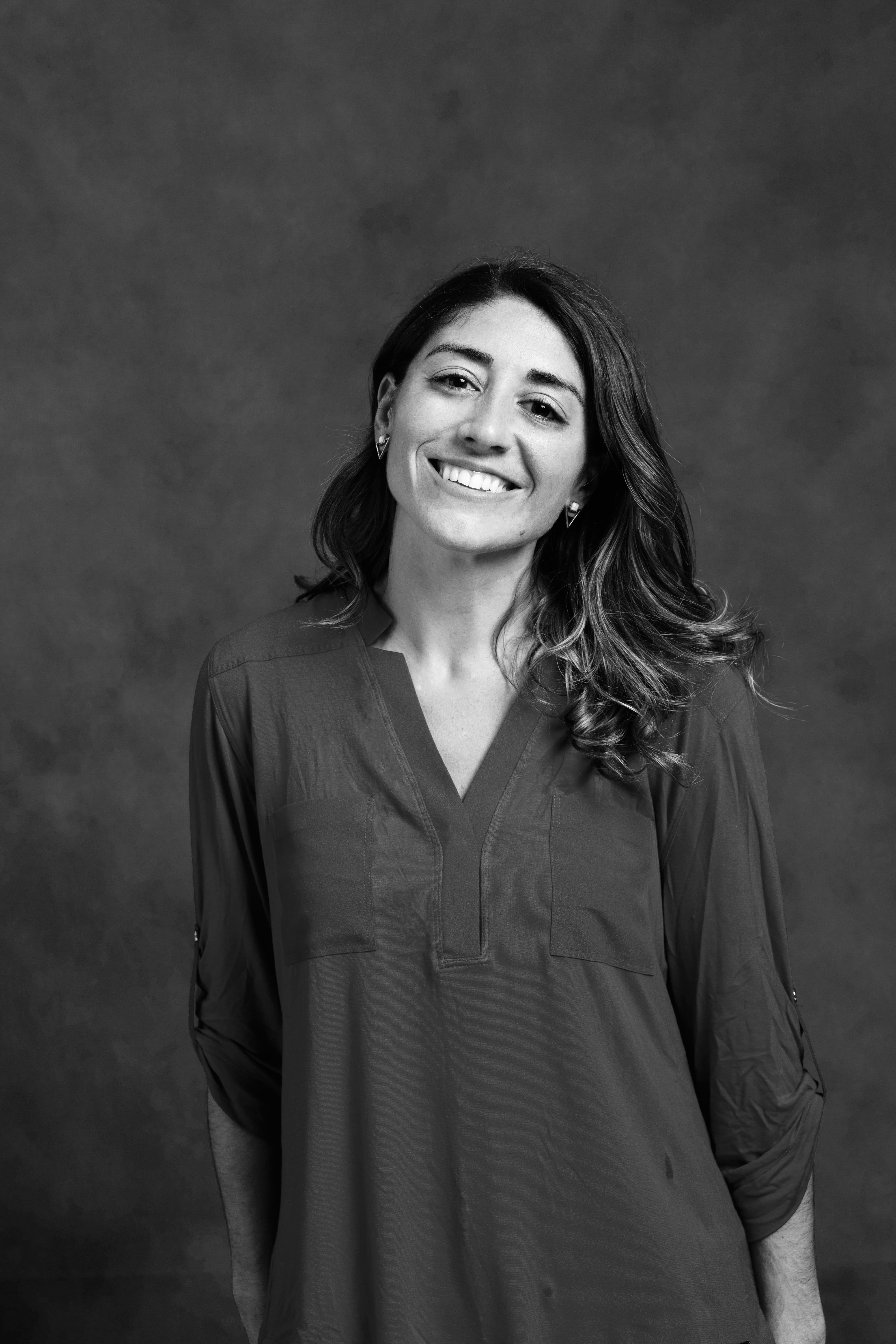 Tara McGowan (she/her) is founder and CEO of ACRONYM (@anotheracronym), which ran a winning $75 million digital effort in the 2020 elections. In 2019, she founded a for-profit media company, Courier Newsroom (@couriernewsroom), to counter the rise of misinformation around the country.

Prior to founding ACRONYM, she held various roles in progressive politics and journalism - from her time as a producer on CBS’ 60 Minutes to leading digital advertising at Priorities USA. 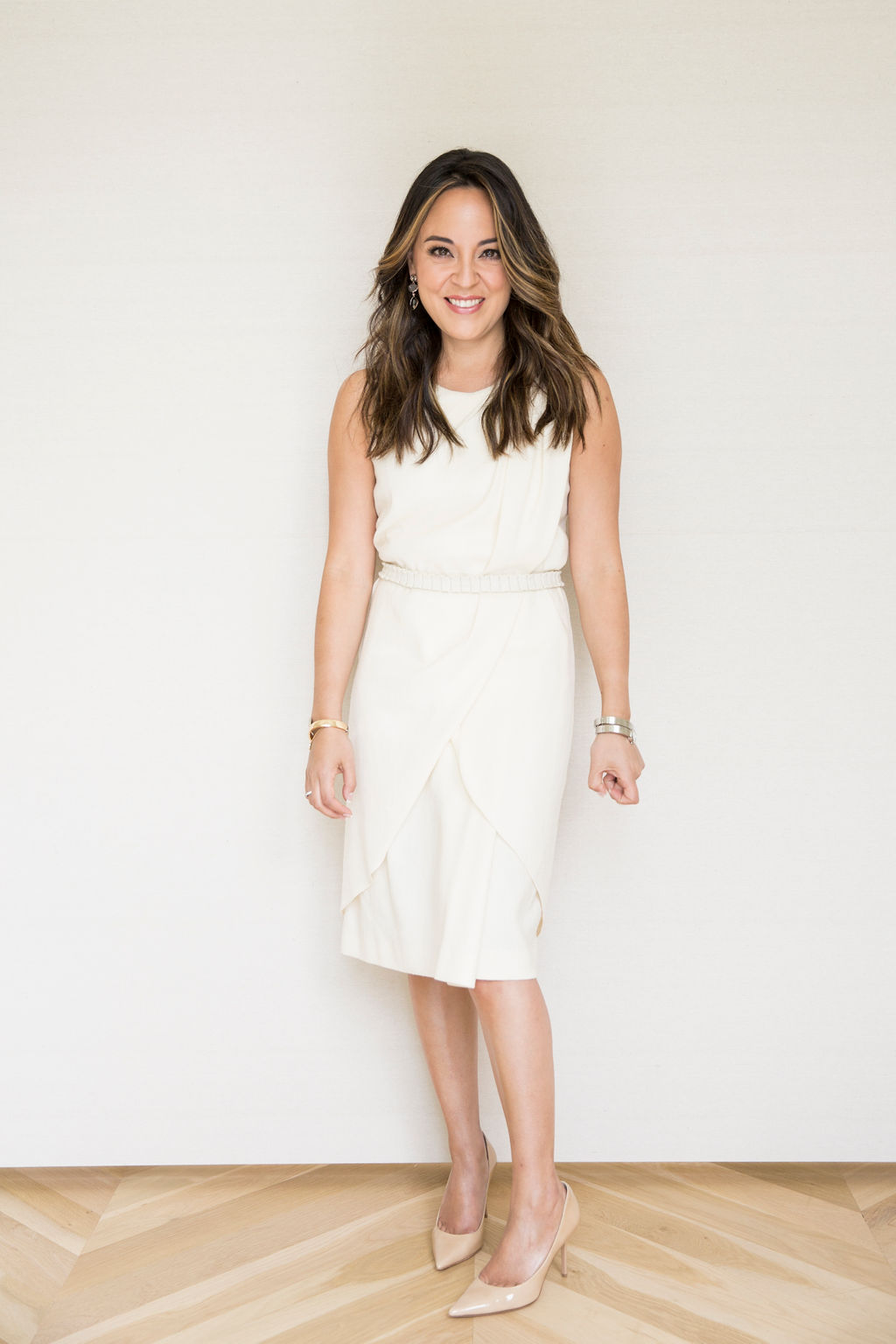 Prior, Hart was Senior Producer on an international women’s empowerment campaign for the Tokyo 2020 Olympic Games. Hart served as Director of Message Events for Vice President Joe Biden during the Obama-Biden administration, as director of the 2016 Democratic National Convention’s media studio, and as an Advance Associate for the White House.

Outside of government, Hart was a six-year livestream producer for Times Square New Year’s Eve, and has managed audience technology for four Super Bowl Halftime Shows, where she was honored by the Television Academy for her involvement in a 2019 EMMY win.

Hart trained in event production with the Disney Event Group at Walt Disney World and with multiple planning and design firms in New York City. She opened her own company in 2015 to focus on mission-driven projects around women’s empowerment, kids and family entertainment, and innovative technology for entities like Nickelodeon, the UN Foundation, and the Motion Picture Association.

She has been recognized for industry leadership by AdWeek (Top 250 rising leaders), BizBash (Top 100 Innovative Event Producers) and is a member of the Producers Guild of America. Originally from Virginia, Hart is a graduate of Virginia Tech’s communications program. 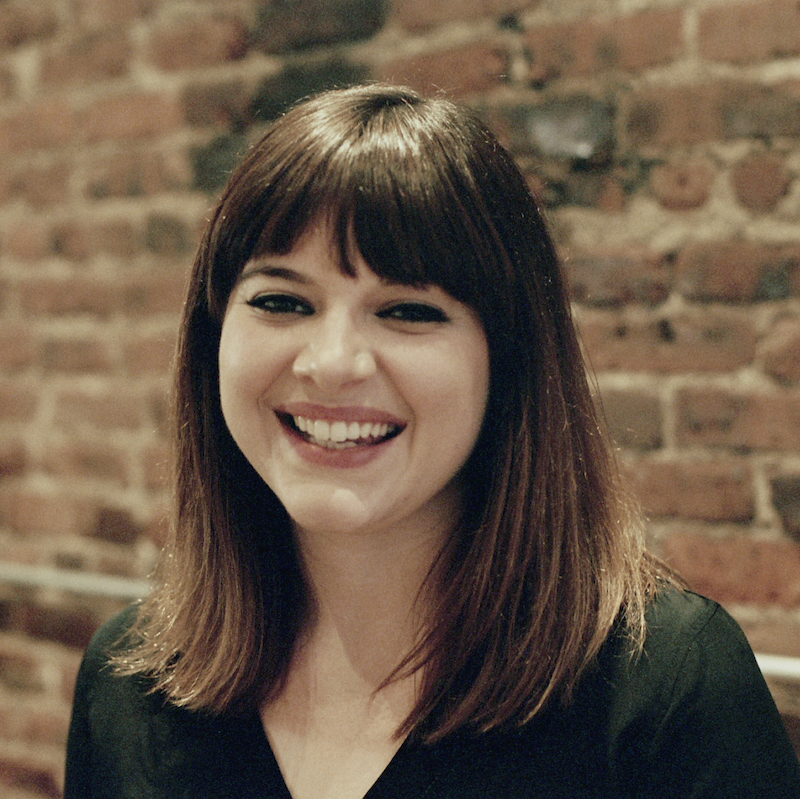 Co-Founder & Executive Director, Run for Something

Amanda Litman (she/her) is the co-founder and executive director of Run for Something, which recruits and supports young, diverse progressives running for local office — since 2017, they’ve identified more than 70,000 young people across the country who want to run. She's also the author of the book, “Run for Something: A Real Talk Guide to Fixing the System Yourself,” and host of “Run for Something: The Podcast.”

Politico named Run for Something (and Amanda) one of the 50 ideas driving politics in 2018. Bloomberg called her one of the people to watch in 2019. She was named one of Fortune’s 40 Under 40 in 2020. Amanda has written for outlets like Cosmopolitan, Buzzfeed, The Nation, Teen Vogue, CNN.com, MTV.com, Vanity Fair, O Magazine, Crooked Media, and more.

Before launching Run for Something, she was the email director for Hillary Clinton’s 2016 presidential campaign, digital director for Charlie Crist's 2014 Florida gubernatorial campaign, and an email writer for Barack Obama’s 2012 re-election campaign. She graduated from Northwestern University and lives in Brooklyn. 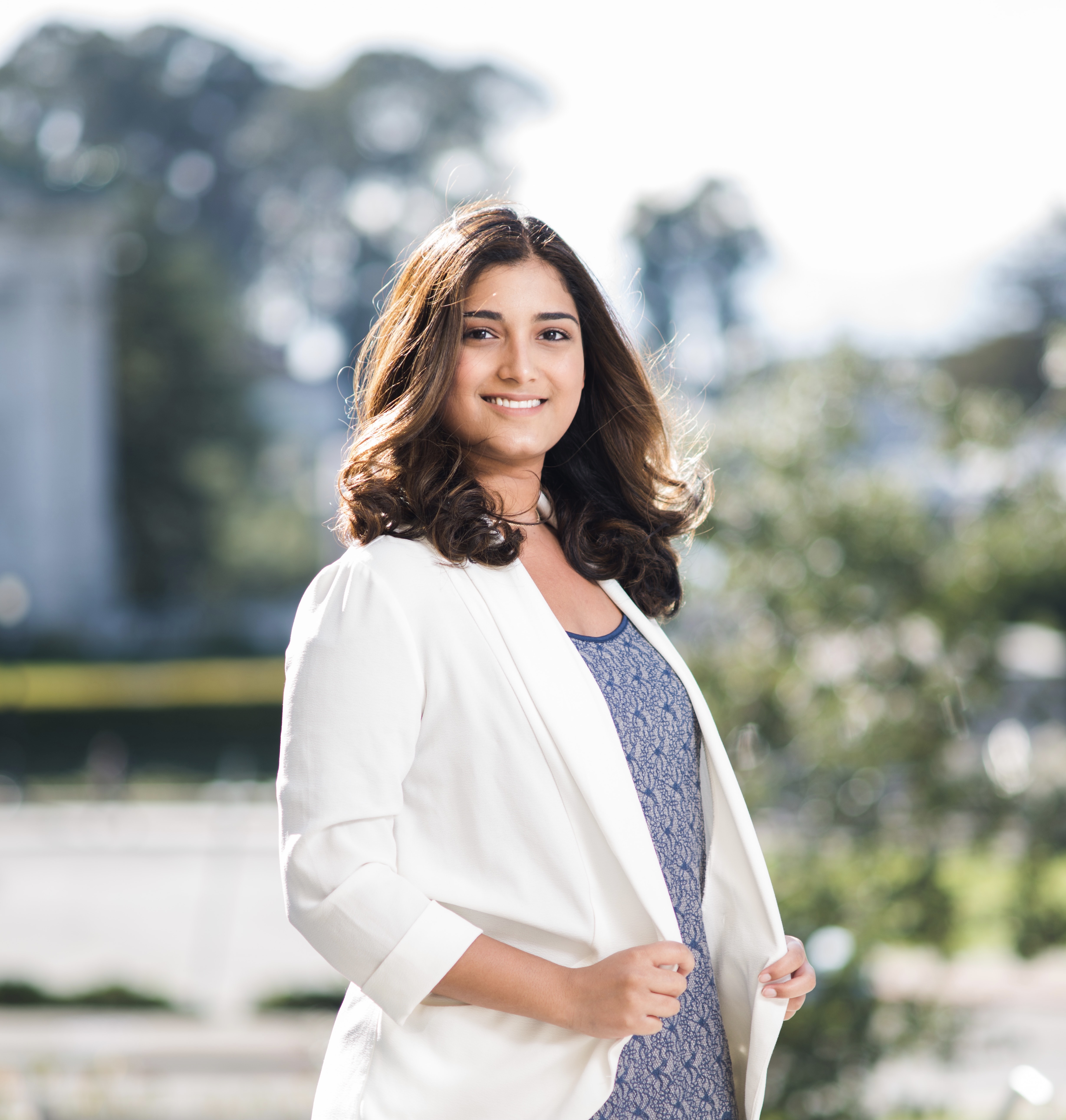 Former National Director of Students for Biden, Biden for President

Lubna Sebastian (@lubnasebastian, she/her) is a Bethesda, MD native who graduated with a BA in Political Economy from the University of California, Berkeley. Inspired by her professor Robert Reich, Lubna joined politics upon graduation in 2019, becoming the Biden Campaign's National Organizing Assistant.

In an effort to engage the campaign's outgoing summer interns, Lubna developed and pitched the Students for Biden program to senior leadership, offering to manage the program while continuing her assistant work.

Under the mentorship of Symone Sanders (@symonedsanders), Lubna rapidly escalated the program by featuring chapters on social media, organizing various student events, and by connecting students to Joe Biden (@POTUS) and other campaign surrogates. By the time she was named director of the program in July 2020, it had grown to include over 400 student chapters across the country, and Lubna was overseeing 15 battleground states' efforts in mobilizing young Americans on and off campus.